This is a past event. Registration is closed. View other EuroCham Cambodia events. 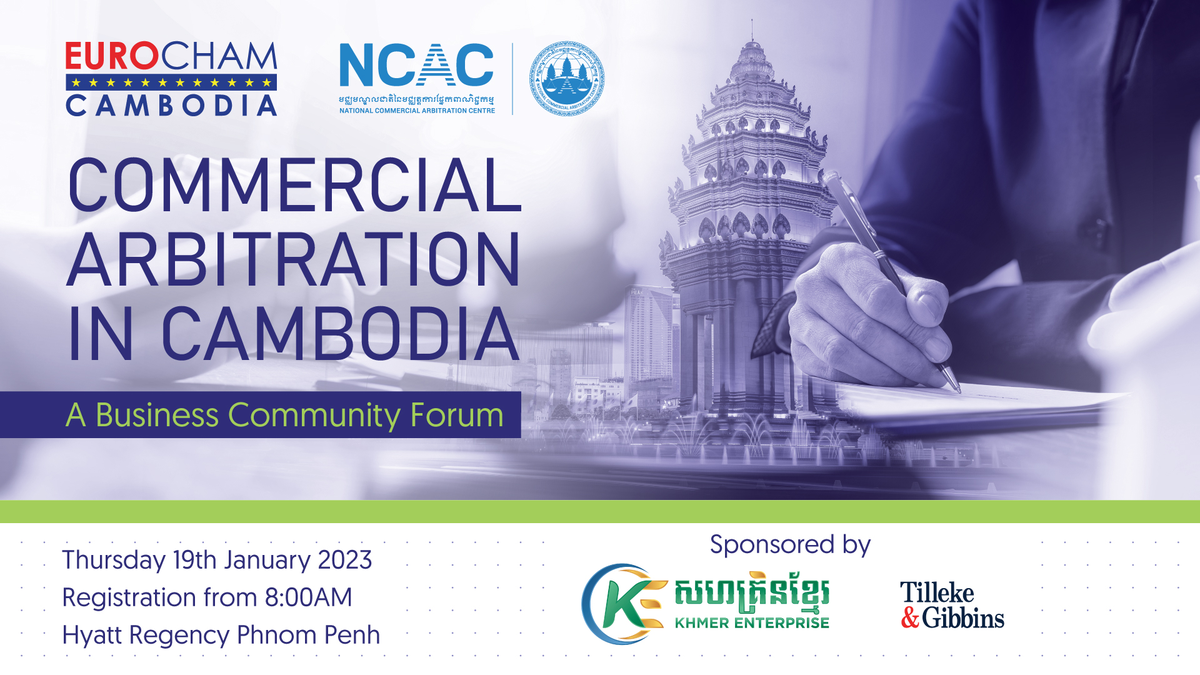 Arbitration has played an important role in providing individuals, businesses, and institutions an alternative option to effectively and efficiently resolve commercial disputes. Arbitration has grown popular among the business community over the past few years, especially in Cambodia.

Established in 2009 and officially launched in 2013, the National Commercial Arbitration Centre ("NCAC") is an independent and not-for-profit organisation, with a mission to facilitate resolutions for commercial disputes and support the development of the Cambodian economy. Since its launch, the NCAC has administered 31 cases (with six cases administered in 2022) and 100 arbitrators are registered with the organisation.

Add this event to any of these calendars

Get directions on Google Maps

If you have any questions please contact Soputhyka KONG at project.officer@eurocham-cambodia.org or +855 10880123.

This ticket will be checked against the EuroCham membership database

This ticket will be checked against the NCAC membership database